A recent Symantec has indicated that Palmerworm attacked are on the rise for the first time since 2013.

It was recently discovered that the malware has had more persistent activity in 2020 and even remained on an unnamed corporate network for almost six months. Hackers behind Palmerworm have added new malware to the advanced persistent threat (APT) aimed at mainstream media and financial groups in the US, Japan, Taiwan, US, and China.

Even though Symantec was unable to discover the initial attack vector, it is thought that these attacks have begun with a phishing campaign. Palmerworm uses a unique approach to fooling users into running malicious content. Included in the malware is stolen signed certificates making users believe that the software is genuine. 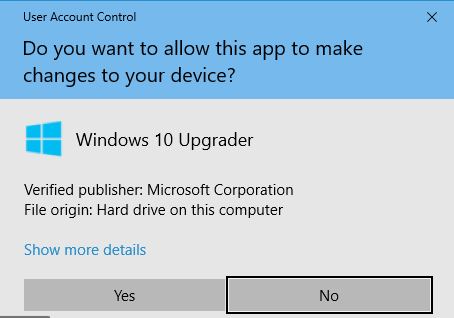 In this image, the user can see that the publisher is Microsoft and will allow the program to be installed. Palmerworm authors use stolen code-signing keys to sign software, which makes it highly likely that users will install the malware.

Palmerworm uses custom malware and some freely available software to send the payload. The malware is a group of backdoors giving the hackers access to the network and allows them to remain on a corporate network even after administrators think that it’s been deleted.

The custom malware sent with Palmerworm are:

The software included that assist Palmerworm install and scan the network includes:

The backdoor malware gives hackers a high level of access across devices. Once an attacker has full management of one device, the malware can be shared across other devices on the network.  The network reconnaissance and administration tools assist the hacker find additional vulnerable devices so that backdoors and remote control can be created.

Palmerworm is not a new advanced persistent threat. It has been inexistence since 2013, so strong anti-malware programs can detect and prevent the backdoors from downloading to a device. Groups with enterprise-level anti-malware should have it downloaded on all devices including desktops and mobile devices.

Training users on the dangers of phishing and identifying red flags linked with phishing also helps. Users with adequate education are less likely to install malicious content or open attachments. They will also be aware of suspicious links from unknown senders.